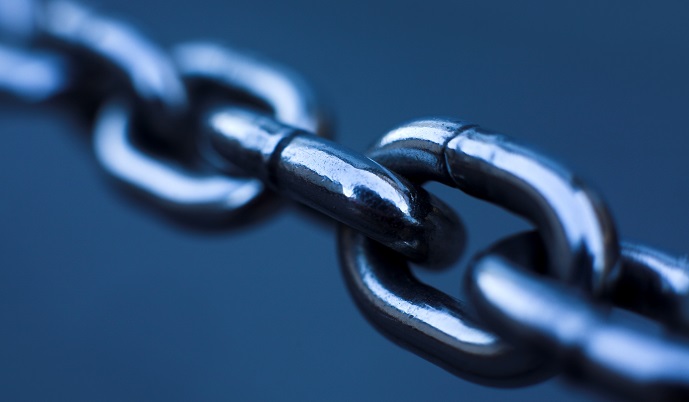 October 01, 2018 – Blockchain is on the rise in healthcare, according to a recent PwC Health Research Institute survey. However, implementation challenges persist, including lack of trust, governance, and expertise.

While blockchain is widely viewed as inherently secure – and could ultimately increase trust among stakeholders – many remain skeptical. Of the 74 global healthcare companies surveyed, 47 percent cited lack of trust as a top concern of blockchain use.

Lack of expertise is also a major barrier. Sixty-one percent of executives said they lacked appropriate blockchain skills on the team. Other significant concerns included lack of governance structure (43%), regulatory uncertainty (39%), and interoperability (36%).

These challenges could be prevented from being leveraged by blockchain, which is being

"The survey authors state." Healthcare organizations run on many complex, data-intensive, slow, manual processes, often performed by intermediaries "Blockchain could simplify and automate these processes, in some cases saving companies. Companies that are slow to change

The statement echoes a recent survey from Deloitte, a group of people with a sense of a theoretical one. Additionally, Deloitte found that 55 percent of health IT executives strongly believe blockchain will become a disruptive force in healthcare.

The PwC Health Research Institute expects that blockchain will have a significant impact on provider and payer credentialing. The process of confirming to new clinicians' credentials can take months, and delays can lead to significant revenue losses. During these waiting periods, providers earn little to no money for their practice or employer.

The report cites research from the New England Journal of Medicine25% of newly hired physicians leaving their positions within three years. Blockchain could simplify this process.

"In the real time," "a blockchain-enabled system would allow data from the provider and payer credentialing process.

"Processes that take weeks or months could be accomplished in days."

In order to reap the benefits of blockchains, however, organizations must overcome barriers to adoption. To facilitate adoption, executives should first identify single, clear use case for the technology.

"Companies should not just have a hammer-blockchain-and be in the search of a nail. They should give the motivation behind an implementation, "the survey authors observe.

Once executives identify to use case, the PwC Health Research Institute recommends that they leverage that, and solve specific problems.

Likewise, the institute acknowledges that trustworthy partners provide to third parties, such as industry consortia, to build a trusted network.

Organizations should also consider the structure needed to implement and execute blockchain and develop a governance structure to understand how the data will be handled, structured, and shared.

The PwC Health Research Institute contends that it will play an integral role in the future of healthcare. Overcoming barriers to adoption will be critical for organizations seeking to optimize and streamline care delivery.

"Blockchain-based technologies offer substantial opportunities to reinvent how healthcare companies access, collect, distribute, share, leverage, monitor and audit data. Executives should determine how blockchain might affect their operations and those of their partners, "the survey concludes. "In some sectors, disruption of the status quo is already underway, and companies have just a few years before full-scale blockchain implementations begin to appear on the market."