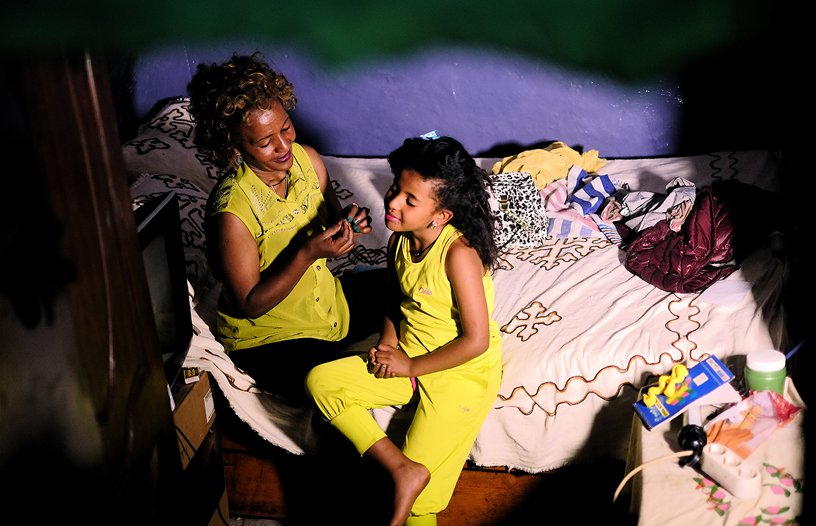 “My daughter, Betty, was born without HIV. She is now eight. Every mother, every pregnant woman has to get tested for HIV. She can save the life of the mother and her baby.” – Fanaye Hailu, Ethiopia

Why global citizens should care

December 1 is World AIDS Day, a day to commemorate those we have lost as we reflect on the path to follow. Ending HIV / AIDS would be a monumental milestone in achieving Global Goal 3: good health and well-being for all. Join Global Citizen and take action on this issue here.

As Tuesday celebrates World AIDS Day in 2020, a new epidemic took center stage and shed light on global health in a way that an international day of remembrance could never have done.

COVID-19 has devastated health systems and economies and has even divided the world politically, further highlighting inequalities around the world, and unfortunately, the impact can be seen when it comes to progress towards HIV elimination / AIDS.

“In many countries, HIV services have been disrupted and supply chains for key products have been stretched,” wrote UNAIDS Executive Director Winnie Byanyima in the organization’s World AIDS Day report. . people living with HIV are starting treatment for HIV. “

According to the report, there are still 38 million people living with HIV, 1.7 million people were infected in 2019 alone, and 690,000 people died from AIDS-related diseases.

But the year that passed between World AIDS Day 2019 and today has not only seen losses.

There have been monumental victories in the fight against HIV / AIDS, and while we have not met the targets initially set for 2020, UNAIDS has set new targets to be achieved by 2025 that would put the world back on track to success by 2030. .

And despite the pain in the past year, there are still big wins to celebrate today.

1. An HIV vaccine is on the way

While there is currently no approved vaccine that protects against HIV, two clinical trials are currently underway – the Imbokodo and Mosaico studies – and both have marked milestones in 2019.

The National Institutes of Health and its partners have launched Phase 3 HIV vaccine efficacy studies in North America, South America and Europe as part of the Mosaico study. Participants in the study are men who have sex with men and transgender populations in San Francisco and other cities. Its first participant received an injection in November 2019.

All experimental vaccines were officially administered to participants in the Imbokodo trial in July 2020. Running since 2017, this trial is trying to determine whether its vaccine can safely and successfully prevent HIV in more than 2,600 HIV-infected women. negative between 18 and 25 years in South Africa, Zimbabwe, Mozambique, Malawi and Zambia.

2. More than 20 countries are on track to meet the 2030 reduction targets

By the end of 2019, 23 countries had seen a decrease of more than 45% in new HIV infections and were on track to achieve a 90% reduction by 2030, according to the UNAIDS report.

But the report highlights that some of the most significant advances made over the past decade are in reducing AIDS-related mortality: 26 countries were on track to achieve a 90% reduction in AIDS-related deaths by 2030, including nine. countries in the east. and southern Africa, areas that account for over 55% of all people living with HIV.

These goals were to be met by 2020, and while that goal will not be met, there is still good news. At the end of 2019, 81% of people living with HIV knew their HIV status; of those who knew their status, 82 percent were receiving treatment and 88 percent of those in treatment had achieved viral suppression, according to UNAIDS.

Scientists treated HIV in mice. They say a human cure could be next.

Just as the COVID-19 pandemic has shown, the key to achieving UN Global Goal 3 is to ensure good health and well-being for all people, no matter where they live.

“Ending AIDS means closing the gaps and ensuring that no one is left behind,” Byanyima said. “The response to HIV is fundamentally about inequality: to end AIDS, we must end inequality.”