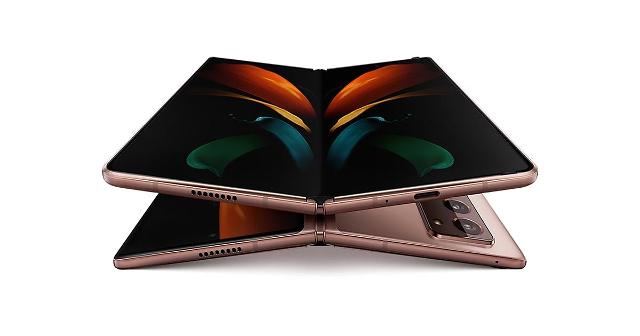 Samsung Electronics confirmed the release of a new foldable phone “Galaxy Z Fold 3 (tentative name)” in June next year and started developing final samples for mass production. The Galaxy Z Fold 3 is developed as a premium smartphone that combines the latest terminal technologies from Samsung Electronics, such as S Pen (electronic pen) and UDC (Under Display Camera).

According to a Samsung Group official on the 22nd, Samsung Electronics decided to release the Galaxy Z Fold 3 in June next year early last week and entered the final test to confirm the specifications of the mass-produced phone.

Samsung Electronics has confirmed that the Galaxy Z Fold 3 will be equipped with the S Pen, a feature of the existing Galaxy Note series. In addition to simply mounting the S Pen, it has the character of a terminal that replaces the notebook series by adding an S Pen slot to accommodate the S Pen in the product. As S Pen technology is applied to Galaxy Z Fold 3 and Galaxy S21 Ultra (tentative name), the Note series is being discontinued.

Samsung Electronics has put a lot of effort into applying the S Pen to the Fold series, as if the S Pen is combined with the large screen of the Fold series, the user experience (UX) will be maximized. Although I managed to mount a digitizer on the screen to recognize the S Pen, it was difficult to develop a cover glass (tempered glass) that prevents scratches when the S Pen and screen touch, so the S Pen was not installed on Galaxy Fold and Galaxy Z Fold 2. I didn’t.

However, preparations for installing the S Pen were made by replacing the Galaxy Z Fold 2’s screen cover material from clear polyimide (CPI) film to ultra thin glass (UTG). Even after switching from plastic to tempered glass, the number of creases and creases remained the same. Subsequently, Samsung Display and its subsidiary Dowoo Insys developed and delivered the second generation UTG with its own glass cover technology, making it possible to realize the plan to mount the S Pen on the Galaxy Z Fold 3.

Additionally, Samsung Electronics plans to apply UDC to the Galaxy Z Fold 3 to provide a true full-screen experience like a tablet PC. The previous Galaxy Fold and Galaxy Z Fold 2 featured a notch display on one side of the screen and a punch-hole display with a small hole to mount the front camera. It provides the same screen experience as a tablet PC, but the camera hole in the corner of the screen might not help.

Initially, Samsung Electronics planned to apply a pop-up camera that opens on the top of the product only when the camera is normally hidden and used to provide a full-screen experience in the Fold series. However, the pop-up camera method is not good for the user experience due to frequent failures and the Galaxy Z Fold 3 turned to UDC as it needed to show its unrivaled technology to the world.

However, because UDC has a technical difficulty in deteriorating the quality of screens and photos, industry officials explained that if the end result negatively affects the user experience, it could be excluded from mass production of the Galaxy Z Fold 3.